Submit your tradition hotels or indicate your preferences.

Tell us about the best style hotels. Candidates can be castles, manor houses, have a period charm or be linked to a particular history with famous people or important historians.
Country villas, renovated old cottages, hotels in historic centres or standing in period villas, libraries, castles, courtyards, residences, mansions…

Holiday in a villa in the region of the Euganean Hills: have you ever stayed in an old unique and unforgettable aristocratic home? Villa Emo Capodilista was built in 1568 from a Dario Variotari project, a painter pupil of Veronese with a real passion for architecture, who designed and decorated this house with frescoes representing mythological scenes or the tradition of his family, cherubs and grotesques.

Located on the top of the La Montecchia hill, shows a square plan with identical facades connected by two story loggias. The enchanting holiday Villa tells the history of the Counts: the seven residences owned at that time, for example, are painted in the rooms, and behind them you can notice the Castle of Mottolo.

An enticing view which seems to refer to the background of the Venetian painters of the 1500s. Spending a holiday here is really magic. 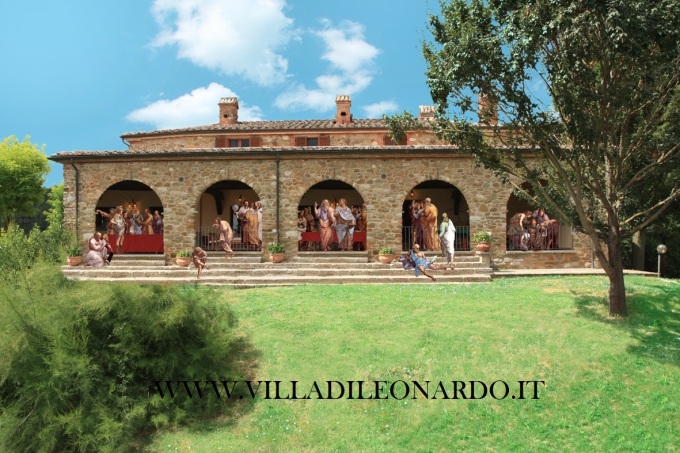 Now you are invited to that historic masked ball: Everyone is called on to bring their own mask. And you are asked to place your bet: Is it all a dream or concrete reality, imaginative fiction or real history? marvelous.

This villa was built in the XVII th century on a former settlement dating from the early middle ages.

Located near the entrance of Port Mahon, its architecture reflects the history of successive occupations, Moorish, English, French and finally Spanish.

It has been restored with style and offers upscale comfort. The house is surrounded by gardens and has a pool.

Perched on the border of a nature reserve, the villa benefits from a unspoiled view. The sea is accessible by a 15 minute walk or bike ride across a natural Menorcan landscape. We have a private cabin on the coast equipped with beach furniture, BBQ etc. The access to the water is easy (flat rocks). 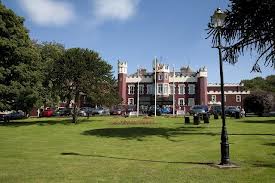 The original house, Mount Mapas was built in 1740 by Col. John Mapas, although records show that a building or buildings stood here at a much earlier date. By 1755 it was acquired by a Captain Maunsell who was succeeded by a Colonel Loftus in 1770. The Colonel’s stay was a short one; in 1772 he advertised the castle and its 150 acres for sale despite his short tenure. During his time in residence however, Colonel Loftus and his nephew converted the barren stoney soil to meadow and pasture and cut a road around the hill, his successor was Lord Clonmel who in 1790 improved the estate further spending £ 3,000 in the process, a handsome sum of money in the early19th century.

The name Robert Warren is very much associated with the Castle and it was he who in 1840 enlarged the house and called it Killiney Castle. He also restored and added to the monuments on the hill, repairing the obelisk originally erected by Col. Mapas and donated land and most of the money for the building of Killiney parish church. The land on the hill – once part of the estate – was purchased from his son, Robert Warren Jnr. by Queen Victoria’s jubilee memorial association and subsequently re-named Victoria Hill – as we still know it today.

Its subsequent owners included a Mrs Chippendale Higgan. The trees and shrubs she planted can still be seen today and provide a decorative setting for the castle.

In the 20th Century Killiney Castle was used by the Black & Tans, the IRA and the Republicans in the civil war before being burnt by Free State Troops. It was requisitioned by the Government during the 1939-45 period and used as billets for the army

Killiney Castle exchanged hands again with the late Paddy and Eithne Fitzpatrick taking over the helm in the 1970’s, transforming it into a first class hotel and re-naming it Fitzpatrick Castle Hotel. Today their daughter Eithne Fitzpatrick Scott-Lennon owns the hotel and together with her family continues to guide the way to its continued success, whilst maintaining the original Castle charm and Irish welcome long associated with the Castle. 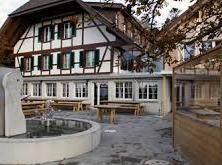 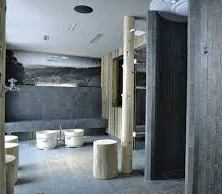 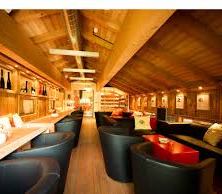 Harry’s Bar was opened in 1931 by bartender Giuseppe Cipriani.[1] According to the company history, Harry Pickering—a rich, young Bostonian—had been frequenting Hotel Europa in Venice, where Giuseppe Cipriani was a bartender.[1] When Pickering suddenly stopped coming to the hotel bar, Cipriani asked him why.[1] When Pickering explained that he was broke because his family found out his drinking habits and cut him off financially, Cipriani loaned him 10,000 lire (about $5,000 US).[1] Two years later, Pickering returned to the hotel bar, ordered a drink, and gave Cipriani 50,000 lire in return.[1] “Mr. Cipriani, thank you,” he said, according to the Cipriani website.[1] “Here’s the money. And to show you my appreciation, here’s 40,000 more, enough to open a bar. We will call it Harry’s Bar.”[1]

The Italian Ministry for Cultural Affairs declared it a national landmark in 2001.[2]

The bar was also briefly mentioned in the second and subsequent editions of Evelyn Waugh‘s novel Brideshead Revisited (in the first edition Waugh simply called the bar “the English bar”) as a frequent haunt of principal characters Charles Ryder and Sebastian Flyte during their time in Venice. In fact it was impossible for them to have frequented Harry’s Bar as Charles Ryder and Sebastian Flyte were born in 1903 and were 19 at the time they visited Venice in the novel.

Harry’s Bar is home of the Bellini and Carpaccio.[3]

Harry’s Bar is also famous for its dry martini, which is served in a small glass without a stem. Their dry martinis are very dry, apparently with the ratio of 10 parts gin to 1 part vermouth. This is an adaptation of the Montgomery Martini, which is 15 parts gin to 1 part dry vermouth. The Montgomery is named after British Field Marshal Bernard Montgomery, who liked to have a 15 to 1 ratio of his own troops against enemy troops on the battle field. Ernest Hemingway is said to be the first person to order a Montgomery at Harry’s Bar.

Harry’s Bar serves classic Italian dishes. Its prices are high (twenty Euros for a bowl of minestrone, in 2001).[3] 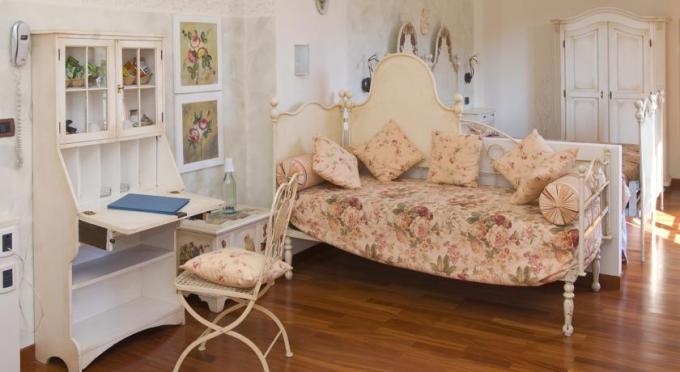 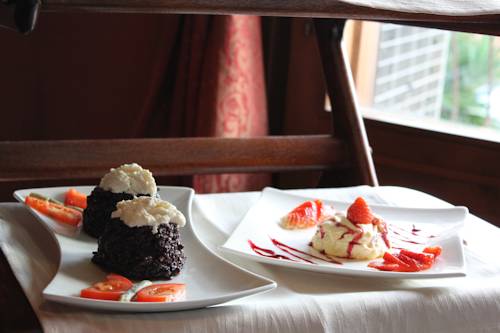 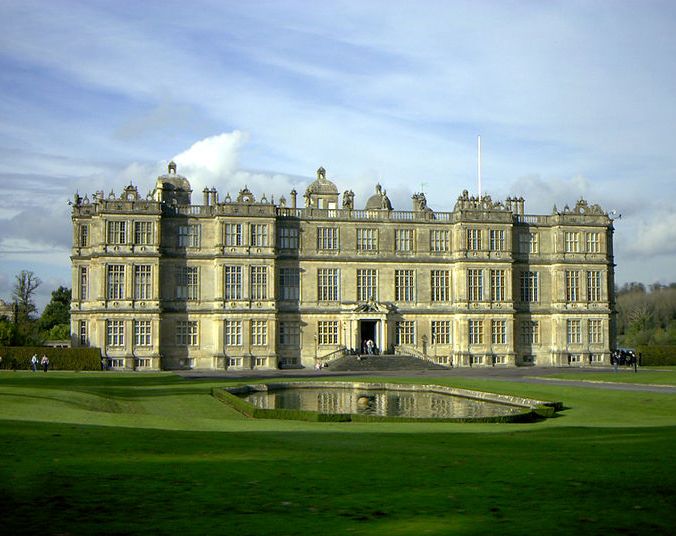 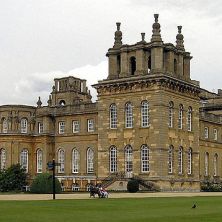 One thing England is known for are its many fine stately homes and manor houses. They’ve had a troubled history in the last century as families have been forced to sell them off or donate them to the National Trust. Many have even been demolished. That being said there are still many beautiful stately homes left to visit in England – the types of buildings you think of when you imagine England.

From homes that were featured in films and TV shows to houses that played major parts in history – here is our list of the Top 11 best Stately Homes in England. We’ve pulled the most amazing pictures from Flickr that we can find and have also put in Trivia bout each home from Wikipedia, along with the location and website link for each Stately Home.

Please keep in mind this post if focused solely on the top Stately Homes and Manor Houses in England, we plan to do posts for Scotland and Wales in the future. 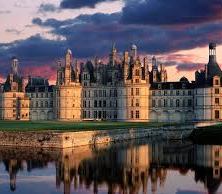 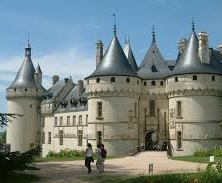 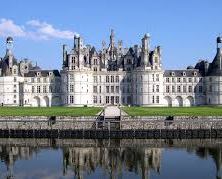 Heritage to discover, 21 châteaux to visit! Prepare your stay by finding out about each château, one by one, and by accessing directly the pages dedicated to each château.

The Château of Azay-le-Rideau was built during the reign of François I, by Gilles Berthelot, a wealthy financier.

The Domain of Cheverny astonishes visitors by the richness of its decorations and the numerous pieces of marvellous furniture.

In 1803, Napoleon acquired the Château of Valençay for his minister of Foreign Affairs, Charles Maurice de Talleyrand.

Overlooking the town, the fortress of Chinon was built by the Count of Blois, Thibaut I…

Seen from the vast lawns of the Romantic-style parkland, the façades of the Château de Brissac are a striking sight.

The royal city of Loches is known for its keep, one of the most imposing in Europe of its time.

The medieval fortress of Amboise became a royal residence in the reigns of Kings Charles VIII and Fran&ccedil;ois I

CHATEAU OF THE DUKES OF BRITTANY – NANTES

The Château represents an exceptional site right in the centre of the town.

ome of the most brilliant and outstanding people have stayed in the Château of Chaumont-sur-Loire.

Chambord was born from the dream of François I, designed not as a permanent residence, but as a hunting lodge.

Built between the 11th and 19th centuries, the Château de Brézé provides visitors with an opportunity to discover an elegant castle still inhabited to this day, as well as its extraordinary underground fortress!

CHATEAU AND GARDENS OF VILLANDRY

he Château of Villandry is the last of the great Renaissance châteaux, placed at the heart of three remarkable terraced gardens.

Fontevraud Abbey is considered as one of the greatest monastic cities in Europe.

The Château of Langeais presents two exceptional châteaux: the Foulques Nerra tower and the château of Louis XI.

The Château of Angers was built by the young Saint-Louis on the border of his kingdom during the 13th century.

The Royal Château of Blois evokes the power and life at Court in Renaissance times.

The Château of Sully-sur-Loire, a real medieval fortress, was classed as a historical monument in 1928.

Built on the Cher, the Château of Chenonceau is “the Ladies’ Château”, Diane de Poitiers, Catherine de’ Medici..

Built since the end of the 11th century, the Château of Saumur was in turn a fortress, a manor house, a prison…